Ensemble drama centered around a group of ballet dancers, with a focus on one young dancer (Campbell) who’s poised to become a principal performer.
if you like dance movies…this has to be the best of them. Joffrey Ballet of Chicago Stars Neve Campbell, Malcolm McDowell and James Franco.

Producer/star Neve Campbell (“Scream”), who studied with the National Ballet of Canada before turning to acting, turned to screenwriter Barbara Turner (“Pollack”) and veteran director Robert Altman (“Gosford Park”) to bring her vision of a look at a season of the Joffrey Ballet of Chicago to the screen.  Working amidst professional dancers, Campbell is Ryan, a troupe member on the verge of becoming a principal dancer in “The Company.”

This is the opening sequence from Robert Altman’s movie “The Company” (2003). Performed by the Joffrey Ballet of Chicago

Robert Altman follows up the stunning success of the Academy Award-winning GOSFORD PARK with THE COMPANY, a look at the world of ballet as only Altman could envision it. Throughout his extraordinary career, Altman has surprised, entertained and challenged audiences with vibrant, freewheeling films that stretch the boundaries of the medium. With THE COMPANY, this iconic director brings his fluid, masterful camera-work to the world of dance. Altmans vision for the film is an extremely intimate one: we will see the difficult daily work, the intense pressures of performance, the richly textured behaviors of the dancers — whose professional and personal lives grow impossibly close — and of course the sheer beauty of dance: exhilarating, kinetic, and thrillingly observed. The authenticity and richness of THE COMPANY is rooted in the unprecedented way in which Altman will shoot the film: with the complete cooperation of the Joffrey Ballet of Chicago. Screenwriter Barbara Turner (POLLACK, GEORGIA) spent over two years on and off with the Joffrey, observing and writing. Joffrey dancers will constitute the core of Altmans ensemble. The only actor who will be working as part of the Joffrey corps is Neve Campbell (the popular SCREAM movies and the television show Party of Five?. Campbell, an accomplished dancer, studied with The National Ballet of Canada before becoming an actress. She originated THE COMPANY, the culmination of a long-held dream to create a nuanced and realistic film about a world for which she has deep and abiding affection. Campbells role in the film is that of a gifted but conflicted company member on the verge of becoming a principal dancer. (Campbell has been working intensively with the Joffrey and will do all of her own dancing in the film.) Non-dancing actors will include James Franco (SPIDERMAN, JAMES DEAN), and Malcolm McDowell (A CLOCKWORK ORANGE, O LUCKY MAN!, GANGSTER NO. 1). THE COMPANY, as Altman envisions it, might best be described in terms suited themselves to dance: fluid, sexy, intimate, alive. It is a love letter to artists who work in this singularly difficult and universally expressive medium, to the people who make the performance possible, and to dance itself. 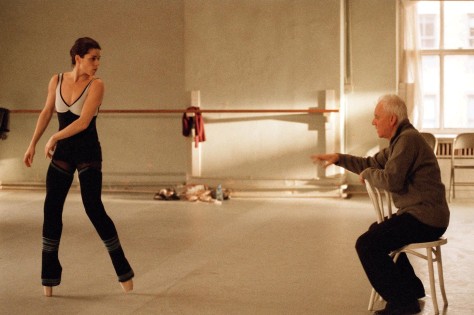 My Funny Valentine from “The Company”

Cello played by Yo Yo Ma

The World Spins from The Company by Robert Altman

James Franco as Josh in Robert Altman’s “The Company”

Ray One from The Company by Robert Altman

The Company, by Laura Clifford

If “The Company” had been made as a documentary instead of fictional feature, it would have been directed by Frederick Wiseman.  As it stands, Altman’s talents are particularly suited to this slice of life film, which presents all aspects of a ballet company without following a typical storyline.  Stunningly lit and photographed by cinematographer Andrew Dunn (“Gosford Park”), “The Company” brings one inside the friendships and rivalries, rehearsals and performances, triumphs and day to day drudgery of the professional dancers who suffer for their art and the primas, star choreographers and company director who live on a higher plane. 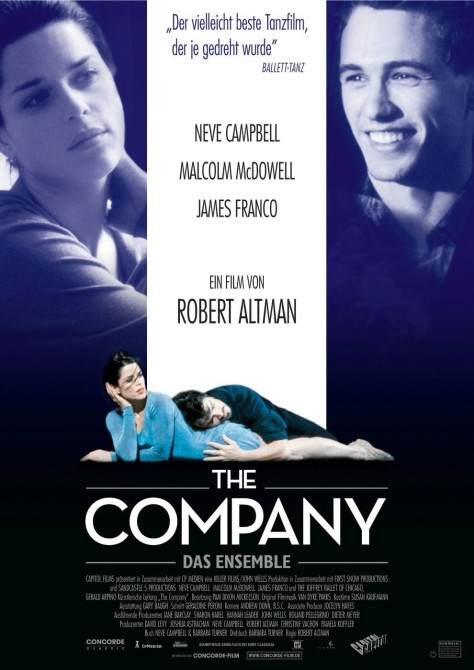 We’re brought into the dance studios where the ballet’s season is shaped by the ballet masters and mistresses who rehearse the dancers.  Devastating injuries are treated with matter-of-fact replacement and non-principal dancers must take second jobs or live in flophouse-like communal conditions.  Ryan has been entrusted by Mr. A (Malcolm McDowell, “A Clockwork Orange, as Joffrey founder Gerald Arpino) with a principal performance (the music segues into “My Funny Valentine,” which is repeated throughout the film as Ryan’s theme) at an outdoor show that she aces spectacularly despite a dramatic thunderstorm.  Altman alternates between performances and the preparations for them, sprinkling in small bits of Ryan’s outside life, the dialogue muted like the background action of his more characteristic films.

The first performance piece is an exotic ballet, Middle Eastern styled music accompanying a yellow-costumed dancer making Balinese like movements, undulating en pointe.  Altman stages Ryan’s triumph with a striking use of sound, the music and storm wrapping around each other until we can almost feel the oppressive, gusty air.  We’re put right inside a strikingly vibrant ballet where Campbell is one of many red-costumed dancers, yet observe a soloist using a trapeze-like swing from perspectives of the audience and overhead stagehands.  Ironically, the only dance that disappoints is the climatic “Blue Snake,” which resembles “The Nutcracker” as imagined by Maurice Sendak.  It has a dramatic visual design, but is only intermittently compelling as ballet.

Campbell gives an unfussy performance as a humble dancer enjoying a sweet romance with her chef-boyfriend Josh (James Franco, “Spiderman,” “A City by the Sea”).  In one of the film’s best non-dance scenes, we see the two intercut on New Year’s Eve, she working as a cocktail waitress in a goth club, he as a chef in a classy restaurant. She returns home later than expected to find him asleep on the couch, a gourmet dinner prepared and champagne chilling.  Campbell blends in well with the professionals of the Joffrey and gives a performance worthy of the fictional standing ovation in her stormy debut.

McDowell is hilariously imperative and impervious as the flamboyant director, addressing all as his ‘babies,’ admonishing them to eat only fish and salad.  He is the king of his realm, doling out interrupted attentions to his underlings.  Several Joffrey dancers stand out as actors, including Deborah Dawn as the company’s 43 year-old prima who continues to act like a diva as her influence is beginning to fade.  Davis Robertson is passionate as Alec, a discontented principal dancer. 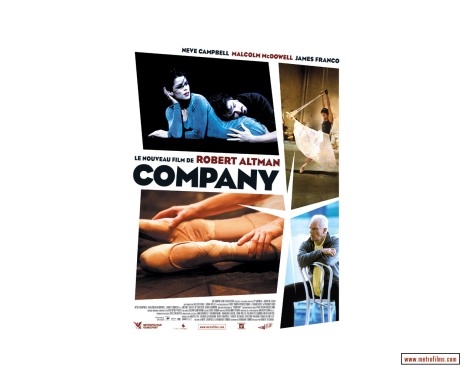 “The Company” is a fly-on-the-wall experience into the world of the ballet that will reward those not looking for a soap opera to enliven action that needs no embellishment. 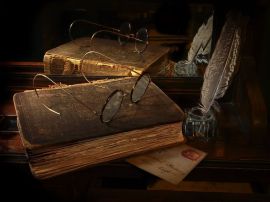